US Strategic Command Tweets About Readiness

Oh, fer cripes’ sake. Settle down, Nancy. We WANT our military to be combat ready. Thanks for keeping us safe, Strategic Command!

An official Twitter account run by the United States military posted and then deleted a video on Monday bragging about dropping massive bombs.

The tweet, which was posted as Americans get ready to ring in the New Year, noted that the ball was set to drop in Times Square when the clock strikes midnight late Monday.

The tweet by U.S. Strategic Command then goes on to brag: ‘If ever needed, we are #ready to drop something much, much bigger.’ 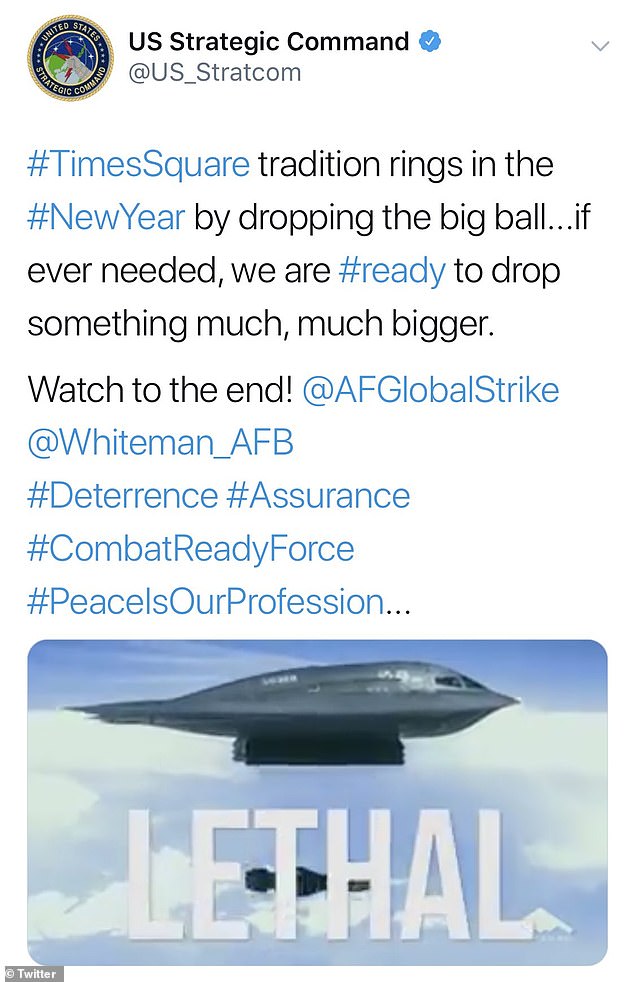 Users on Twitter were angry for what they said was the military’s making light of the use of such a destructive weapon during a festive time.

Tim Miller wrote: ‘If you missed it since the tweet is now deleted, US Strategic command decided to tweet about war and death on NY eve with a ww3 masturbatory fantasy video.’

Robert Boyle thought it was inappropriate for the military to be tweeting ‘jokes about starting nuclear Armageddon on New Year’s Eve.’