Down to One Blockbuster

As a former employee of Blockbuster, this makes me sad. Blockbuster is the perfect example of the technological disruption of an industry and a company that was too slow to adapt. There was a small window of opportunity where Blockbuster could have leveraged its brand to dominate the fledgling streaming media business, but they were too fat, happy, and slow to do it. Of course, hindsight is 20/20. This disruption continues unabated. I’ve seen projections that as much as half of the Fortune 500 won’t be on the list in 10 years. I believe it.

This week, there are three stores remaining, but by next week there will only be one store open for business — in Bend, Oregon.
Alaska’s last two Blockbuster stores — one in Anchorage and another in Fairbanks — announced they would officially close on Sunday.
Sandi Harding, the Bend store’s general manager, told CNN she was surprised her store was the last one open.
“It’s pretty exciting that we are the last holdout,” she said.

A bit of nostalgia

Bend’s Blockbuster looks just like stores from years ago — yellow on the inside and employees sporting blue shirts. They even have floppy disks and old computer systems, Harding told CNN. 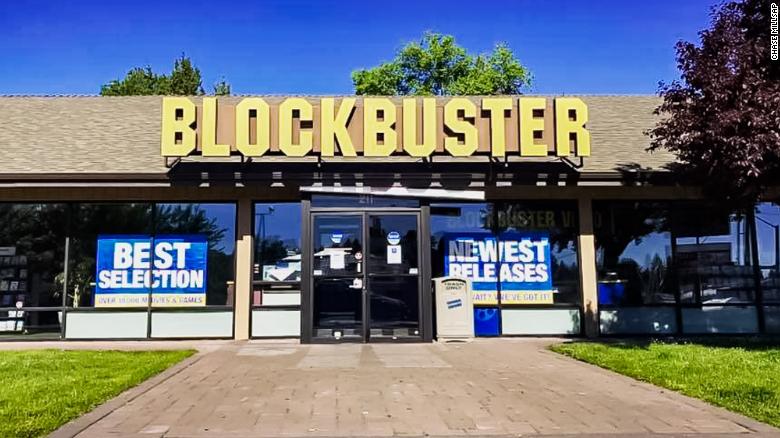 After Sunday, this video store in Bend, Oregon, will be the last remaining Blockbuster in the US.
“It’s very nostalgic,” she said. “We have a bunch of 19-year-olds working here — it’s fun explaining to them what a floppy disk is.”