Chuckle. She speaks the truth even if it’s not the truth she thinks she’s speaking.

(CNN)Teen activist Greta Thunberg on Friday again criticized world leaders gathered for the COP25 conference in Madrid for not doing enough to stop the ecological crisis that’s damaging the planet.

“We have been striking for over a year, and basically nothing has happened,” she told activists at the talks.

Yep. Because teens “striking” (read: skipping school so they can be dumber) doesn’t actually do anything.

Yep. Which is why we shouldn’t upend our entire political and economic systems based on dubious predictions from climate change activists.

“Because every chance we get to improve the situation we must take,” Thunberg said ahead of a planned Friday march in the Spanish capital.

If so, scenes like this make her a flaming hypocrite.

Thunberg arrived in Lisbon after nearly three weeks at sea, after two Australian vloggers offered her a ride from the United States on their catamaran, La Vagabonde. 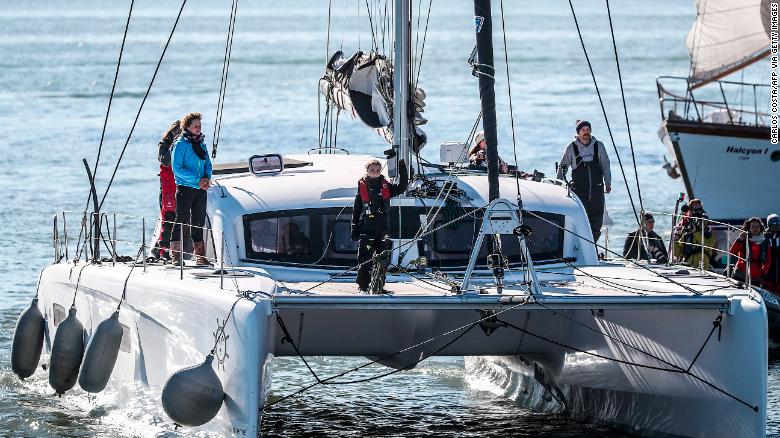 ← Busted by the Fitbit Evers Incorrectly Describes Bill He Vetoed →